What is an alpaca?


How are alpacas different from llamas?

People often confuse alpacas with llamas. While closely related, llamas and alpacas are distinctly different animals. First, llamas are much larger, about twice the size of an alpaca, with an average weight of 250 to 400 pounds, compared to an alpaca whose weight averages 100 to 200 pounds. Llamas are primarily used for packing and guarding herds of sheep or alpacas, whereas alpacas are primarily raised for their soft luxurious fiber.


How long do alpacas live?

Generally around 15 to 20 years. The longest documented lifespan of an alpaca is 27 years.


Are alpacas an "exotic species", or are they considered simply "livestock"?

Since alpacas have been raised as domestic livestock for thousands of years and since the end product is their fleece, like sheep, they are classified as livestock by both the U.S. and Canadian federal governments.


At what age do alpacas start breeding?


How long is the gestation?

Is it okay to have just one alpaca?


Are alpacas easy to care for?

They are small and relatively easy livestock to maintain. They stand about 36" high at the withers (where the neck and spine come together); weight between 100 to 200 pounds, and establish communal dung piles. The alpacas need basic shelter and protection from heat and foul weather, just like any other type of livestock, and they also require certain vaccinations and anti-parasitic medicines.


How much space does it take to raise and alpaca?

Because these animals are environmentally friendly and require so little pasture and food, you can usually raise from two to eight alpacas on an acre of land, depending on terrain, rain/snowfall amounts, availability of pasture, access to fresh water, ect. They can also be raised on a dry lot and fed grass hay. Consult with your county ag office, or local USDA office for specific local recommendations.


What do alpacas eat?

Yes, they are much cleaner than most livestock. Alpacas have minimal aroma and don't attract flies in the summertime as other forms of livestock. Furthermore, alpacas defecate in communal dung piles. There may be three of four of these areas in a pasture, spread throughout about 10% - 20% of the pasture. This makes for easy clean-up, reduced opportunity for parasites, and better overall hygiene of the herd.


Are alpacas easy to train?

Alpacas are very smart animals and are fairly easy to train. It is best to start training them when they are young so they will accept a halter and will learn to follow you on a lead. Many owners also enjoy training them to walk through obstacles; some even compete with their animals in shows where they walk over, through, and around objects and jump over small hurdles. Since they often need to be transported to shows and other farms, it is helpful to train them to ride in a trailer or van. Alpacas are easy to transport, as they normally "cush" (lay down with their legs folded under them) when traveling.


What do I need by way of shelter and fencing? 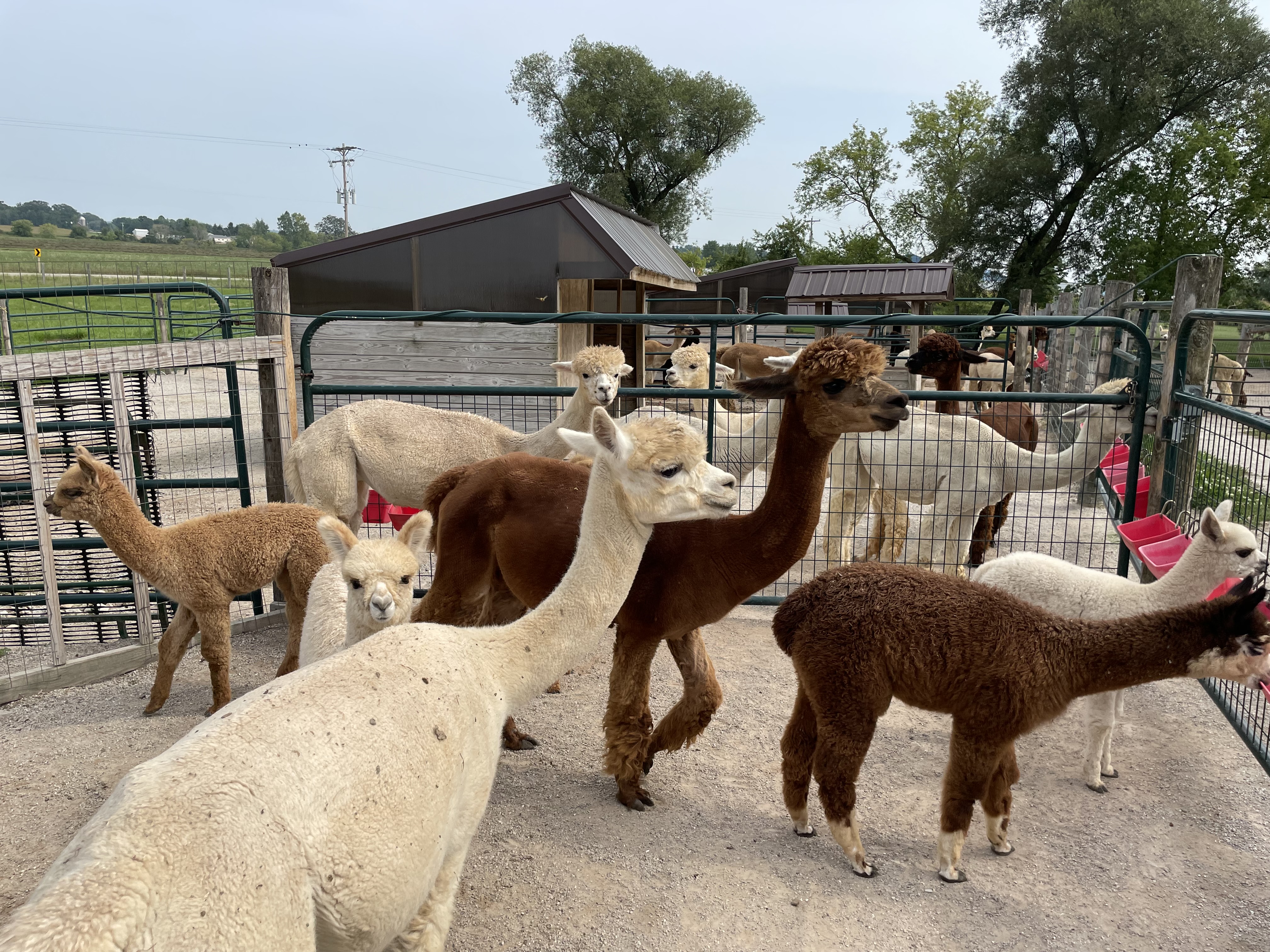 So what do you "DO" with these animals?


What about the fiber?